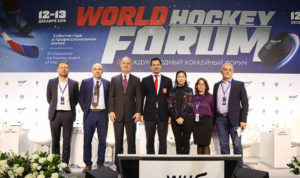 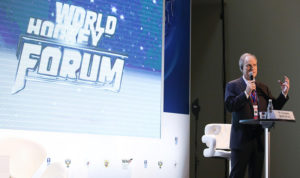 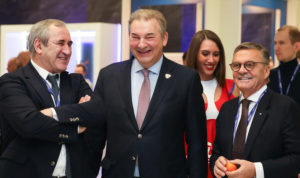 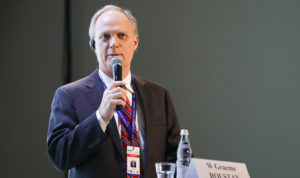 On 12 – 13 December 2019 Moscow will become the centre of the hockey world, welcoming participants and guests of the IV World Hockey Forum (WHF).

WHF has proved to be one of the main events of the professional hockey. More than 870 delegates and experts from all over the world took part in WHF 2018. It was covered by more than 150 media.

The Forum unites not only members of the hockey family, but also representatives of sports and social organizations, business world and top international sports universities.

The WHF 2019 conference programme is dedicated to hot topics of hockey nowadays. The development of women’s hockey will become the central one. Though discussions on the tendencies in rules of hockey, new technologies in sports marketing and TV coverage of hockey matches are also highly important. Two sessions will be specifically dedicated to sledge-hockey in the world and youth hockey development.

Digital as the most effective way to reach fans and interact with them. Importance of integrating CRM, loyalty programs and delivering memorable match-day experience in competing for client with the entertainment industry

Andrey Malygin
Head of the Department of sports marketing of “Synergy” university, Ph.D. in Economics